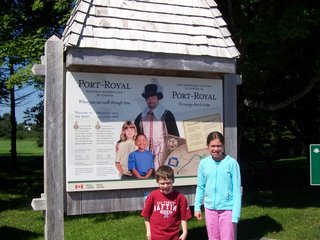 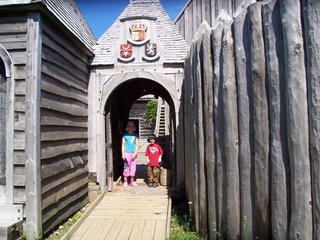 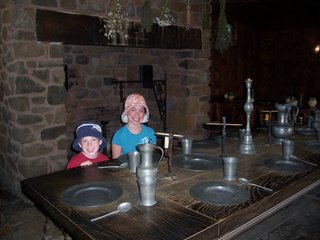 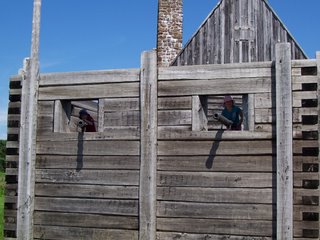 Port Royal is the oldest settlement in North America.
It was settled by a party of explorers and mappers led by Samuel de Champlain in 1605.
This fort is amazing interpretation of life during that period.
The major trade was the beaver pelt.
Tyler loved seeing the canons and I had to explain to him how this Port Royal was a different Port Royal than the one seen in “Pirates of the Carribean”.